I remember when I graduated college, I was most excited to finally be able to read books that I was actually interested in and enjoyed. I wasn’t much of a fiction reader at the time, and I’m not embarrassed to give the Twilight series credit for enlightening me to the joy of reading fiction. However, I still love reading non-fiction, and still do it most often.

In the airport on my honeymoon, I picked up a copy of The Omnivores Dilemma by Michael Pollan, which quickly led me down the rabbit trail of reading and researching holistic health and nutrition. Fast track ten years later, and here I am tending to a large garden, raising chickens for eggs, making my own sourdough bread, eating fermented foods, with two young children born in my bedroom. Needless to say, I’ve read a few more books and blogs along the way!

Now having said that, just because I’ve read a few books doesn’t make me an expert in anything. At all. Honestly, if you ask me why I do a certain thing, chances are I don’t remember the details of why. I read the well-researched information, apply it to my life where and when necessary, and move onward. It simply helps govern the decisions I make for the health and well-being of my family, but reading comprehension and memorization was never my strengths in school!

Since I have been asked more than once for resources that have asssisted me along the way, I figured it is easiest to share my favorite books and blogs here for anyone interested to have. I have learned that most people are only able to learn and apply new ways of living if they are open and searching for it. So if that is you, this post may be for you! I will link to where you can find the books for sale online, and also update this post if I come across any new resources.

Taking Charge of Your Fertility by Toni Weschler

Ina May’s Guide to Childbirth by Ina May Garten

Caring For Infants With Respect by Magda Gerber

Your Self-Confident Baby by Magda Gerber

No Bad Kids: Toddler Discipline Without Shame by Janet Lansbury and her blog was a God-send for me

Siblings Without Rivalry by Adele Farber and Elaine Mazlish

The Weston A. Price Foundation

Free To Learn by Peter Gray

Teach Your Own by John Holt

May God bless you on your personal journey to better health and wellness!

Now that Halloween is over, I have been seeing a certain video being shared on my Facebook newsfeed. You may already be familiar with it, the latest video by Jimmy Kimmel showing the reactions of children who have been told their hard earned Halloween candy has been given away. On the opposite spectrum, I’ve also seen lots of posts in various parenting groups I’m a part of regarding the disbelief and disgust that such a video was made, let alone shared on social media. I can empathize with both sides of the story though, because I have actually been on both sides.

As a mother who follows RIE parenting principles, which is based on respect and trust, I am also now disheartened every time I see a video that exploits children in such a way. I admit however, that I didn’t always feel this way. I am completely guilty of watching Jimmy’s first video, laughing, and <gasp> even sharing it. Yup. That was a time when I was still living in NYC, not yet pregnant, and childless. I hadn’t yet begun my research into peaceful parenting, so like the majority of American culture, I didn’t understand the depth behind a child’s intense feelings and emotions. So I get it, and can empathize with the urge to laugh and share such videos. Some of the children’s surprisingly mature responses I still find endearing today.

If you’re a bit confused as to why this video is up for debate, let me briefly explain. Candy to a child, who has worked so hard for by dressing up, going door-to-door, reciting “trick-or-treat” for two hours, and staying up past his or her bedtime, is a very, very valuable commodity. Being told it was given away without their permission by the people they trust most, their parents, is the same as if your own parents came to your house and told you they gave away your most prized possession that you worked so hard for, like your week’s paycheck that you worked overtime for. On top of that, they filmed your reaction and put it on the internet for the world to see, laugh at, and share. Does that seem very nice? Not really.

Parents are often quick to ask a child who does something undesirable, “How would you like it if someone did that to you?” Us parents should be the ones asking that question to ourselves when we say, share, or post embarrassing situations of our children to the public. It takes years, 18 to be exact, to be considered an adult, so why do we expect children to have and understand adult emotions and feelings? Most adults still can’t properly process their own emotions and feelings. I see it all over social media on a daily basis when people post overly-emotional information regarding their personal life.

This happens in all aspects of life though. For example, I happen to choose to eat organic food whenever possible. I, again, didn’t always think this way though. As a child, I was the pickiest eater who refused to eat any cooked vegetables; except maybe corn. They had to be raw, and they had to have ranch. If someone would have told me that within a decade, I would eat pretty much anything and be rather health conscious, I would have scoffed at you and rolled my eyes like a hormonal teenage girl is often known to do; and continued eating my fast food, fountain soda, and candy bar.

Once I “saw the light” and began eating healthier and learning more about the poison that can be put in our food, I wanted to tell the whole world and thought everyone should know and follow. I began preaching to my friends and family, causing some of them to either scoff at me or feel bad about their own choices. Well, that wasn’t very nice of me was it? I would also get really upset that some people couldn’t grasp or understand how important it is to choose a healthier lifestyle.

I finally learned, however, that we never truly grow up. Just like toddlers, if you force someone to do or hear something one isn’t prepared for, he or she will more often than not, reject it. Adults are just like children, in this aspect. If you push too hard, we push back. We have to be ready to accept change. I am still realizing that if I just focus on my own life, and simply live by example, people who are interested in hearing what I have to say about a certain subject, will eventually inquire about it. Once a person is open to and interested in an idea, he or she will always seek out more information.

Hindsight is always 20/20; or at least it should be. But it’s so easy to judge a person or get upset by someone who has not yet received that hindsight. It’s not worth our time and energy to get upset about things or people we cannot change, or who are not yet open to that change. It’s also way too easy to get upset or defensive when we find out something we personally did or thought, wasn’t the best decision or correct way of thinking. This is something I have personally always struggled with. I get very easily embarrassed, and have an extremely hard time earning up to my own truth.

If you’re reading this and feeling guilty about your reaction to the videos, please don’t beat yourself up about it. I was there once too. We all are on this journey to see the light, and some are further along than others in different aspects of life. Find empathy and compassion in your heart for those who are still learning, even when it’s yourself. Remember, when we know better, we do better. 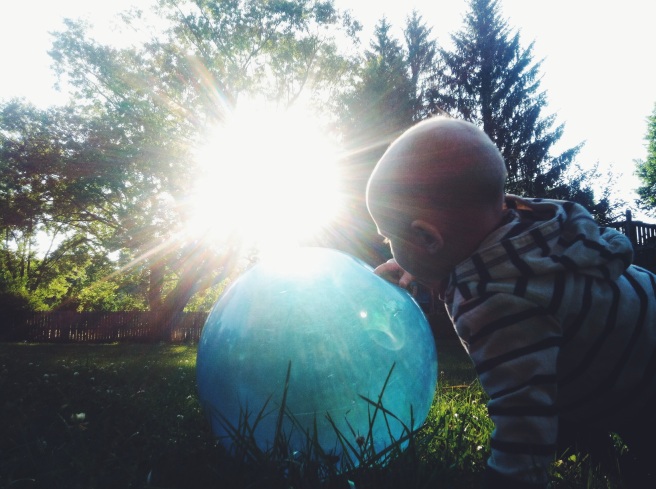